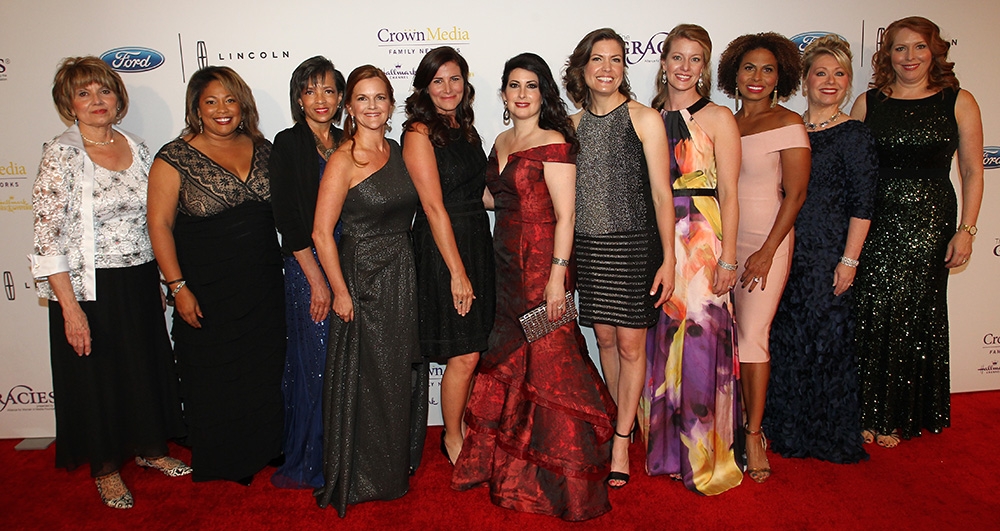 The 2017 Boards of Directors convened on February 10 in Washington, D.C., followed by several days of judging for the 42nd Annual Gracie Awards. Top executives representing every sector of media, including many board members, reviewed the record-tying number of Gracies entries during the in-person judging phase at Discovery Communications Headquarters in Silver Spring, Maryland.

“We have a true working Board at AWM and its Foundation. This year’s new directors have voiced their dedication to donating time and resources to take these organizations to the next level,” said Foss. “Often in our everyday roles, to keep perspective, we say that we aren’t saving lives. Yet, if you take a step back and look at the perspectives and insights made possible through media, and especially through extraordinary Gracie Awards content, we realize we can positively affect change in so many ways with the power of media—and even save some lives.”

Three Board members will continue as chairs of the Gracie Awards Gala, June 6, 2017 at the Beverly Wilshire in Beverly Hills, Calif. and the Gracie Awards Luncheon, June 27, 2017 at Cipriani 42nd Street in NY, N.Y. Gracies Chairs for 2017 are Karla Ballard Williams, Heather Cohen and Annie Howell. They will advise on production, talent and logistics as well as guide the selection of the very best programming and individual achievement to celebrate at the Gala and Luncheon.

About the Gracie Awards: The Gracies, presented by the Alliance for Women in Media Foundation, recognize individual achievement and exemplary programming created by, for and about women in all facets of media and entertainment. Awards are presented at the national, local, non-commercial and student levels in radio, TV and interactive media. National Gracies winners are recognized at the Gracies Gala, June 6, 2017 at The Beverly Wilshire in Beverly Hills, Calif. while local and student winners will be recognized at the Gracies Luncheon, June 27, 2017 at Cipriani 42nd Street in NY, N.Y.