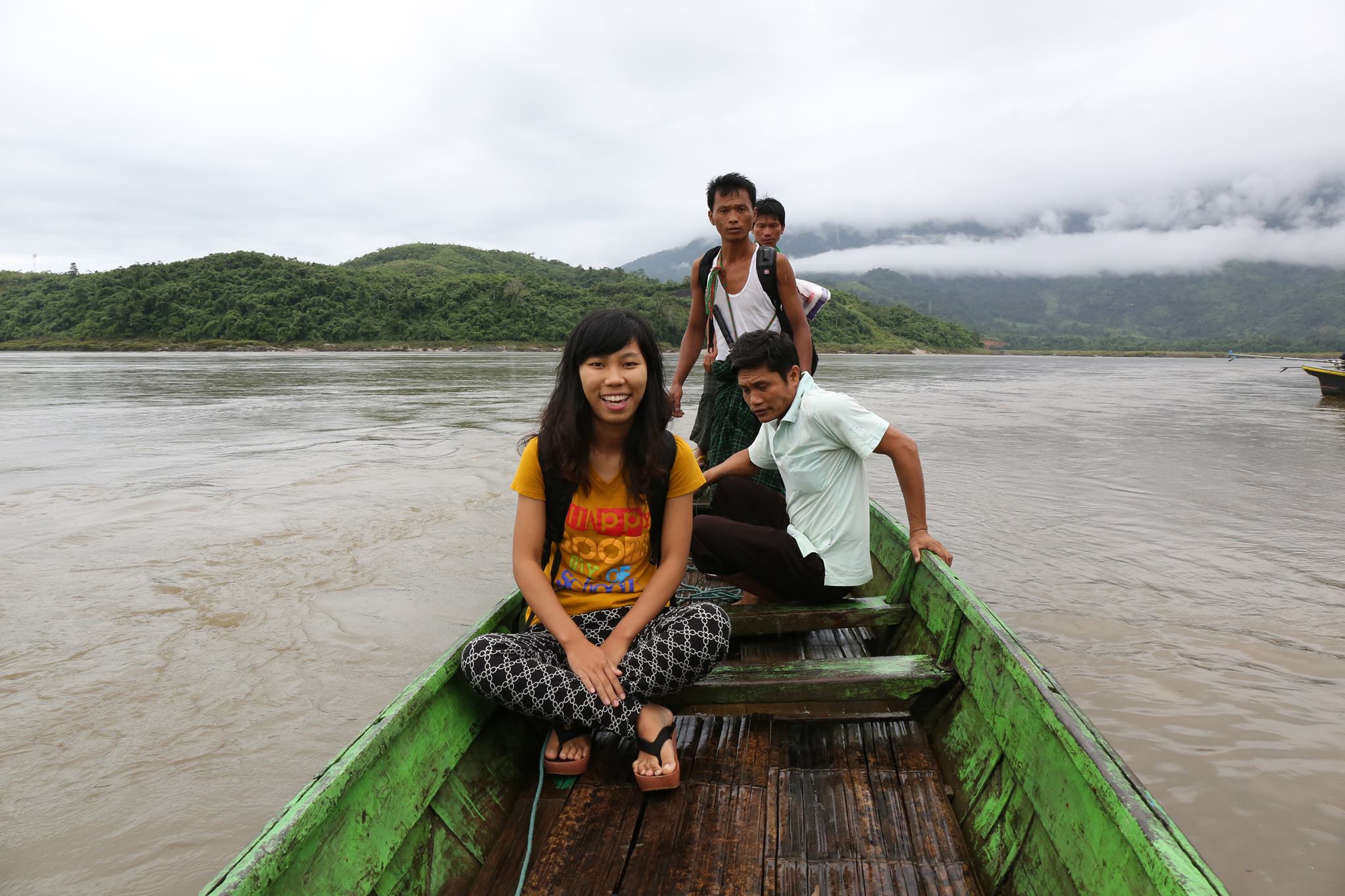 An Ode to the Ones That Stay

Thigh-deep in orange mud, I looked to my right and saw Ja San Gawlu, my fixer for the week, in the same situation- both of us with our bodies being devoured by mercury-contaminated remnants of a gold mine that had been shut down by the government earlier that week. As I looked over Ja San’s eyes met mine, and she began to smile, letting out an amused laugh that pierced the rainy sky between us. It was just one of many moments that week that I felt forever grateful for her and every other fixer I have worked with.

“Fixers” are often hired by foreign correspondents to help arrange stories. This frequently results in them taking on the roles of translator, guide, driver, security guard, etiquette coach and everything in-between. Fixers help work and report on stories in ways that foreign correspondents, who are generally not as well connected to the community they are reporting on as the fixer might be, are routinely heavily reply upon— more often than not they become the lifeline of the journalists they’re working with.

Yet perhaps the most drastic difference between fixers and the journalists who hire them is that fixers normally don’t get to leave a country or region that they just worked in. Instead they are left to deal with the repercussions of working on stories that impact their home. And, as Andrew Bossone notes in a piece published in Columbia Journalism Review, fixers are routinely overlooked for bylines or credit for their contributions to stories.

While working in Myanmar this summer I had the fortunate of working with two particularly incredible young fixers, Sam Aung Moon and Ja San Gawlu, without whom it would have been nearly impossible for me to complete my stories.

I met Sam Aung Moon (who took a 14-hour overnight bus to meet me in central Myanmar for a single day of work) first, and loved listening to him as he told me about his dreams of becoming a journalist himself one day. He would ask me questions about Native Americans, the Amish and American pop-culture; I would ask him about his experience as an ethnic and religious minority in Myanmar.

A month later I met Ja San Gawlu, a vivacious, whip-smart and persistent young Kachin woman who would surprise me with phrases like, “Let’s go Dutch” when we would get ready to pay the restaurant bill, or would tell me stories about how she was still forced to wear traditional Burmese skirts to school or face dismissal from class. Within my first few hours of meeting Ja San Gawlu I was on the back of her scooter, driving into the Kachin Independence Organization headquarters in Myitkyna.

Sam and Ja San provided me invaluable help for my stories. Yet what I enjoyed most was getting a chance to spend time with locals who were so willing to not only help me with my stories, but share their own with me as well.

Since leaving Myanmar I’ve kept in touch with Sam and Ja San.

Sam is recently completed his first journalism course in Yangon and taking steps to become a fulltime journalist in Myanmar. We talk at least once a month– sometimes talking about ethics and writing, other times just exchanging hellos or talking about Hollywood movies. I look forward to the day I get to see his first official byline.

Ja San is already turning down job offers, intent on finishing her studies before she hopes to become a fulltime researcher. I have plans to visit be back in Kachin in December, just in time to bring her a keychain from Brooklyn.

Victoria Milko is an independent multimedia journalist based in Washington, D.C. In the past year her passion for storytelling has taken her from the back rooms of underground sex clubs our of nation’s capital to illegal abortion sites in Myanmar. Between assignments Victoria is working towards earning her Master’s degree in Multiplatform Journalism from the University of Maryland Philip Merrill College of Journalism. She is a recipient of the Emerging Voices Scholarship through AWMF and the Ford Foundation.