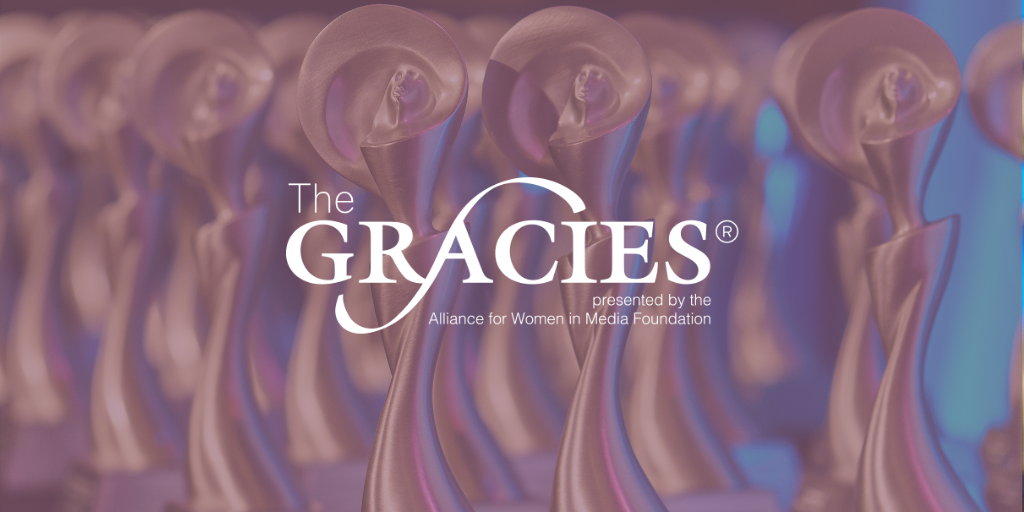 The Alliance for Women in Media Foundation (AWMF) announced the 45th annual Gracie Awards program will air live on AWMF’s Facebook page on September 10, 2020 at 7pm ET/PT. The virtual event will recognize esteemed honoree Katy Perry, who will receive the Gracies Impact Award, which is presented to an artist who has made a positive impact on society through their music. Dr. Sanjay Gupta will deliver a special tribute to frontline journalists who covered breaking news regarding the unprecedented COVID-19 pandemic and Black Lives Matter movement, and some of the most talented women in television, radio, and digital media will be honored for their incredible contributions to media this year including Naomi Watts, Michelle Williams, Natasha Lyonne, Amy Poehler, Tamron Hall, and Angela Yee.

Danai Gurira, Norah O’Donnell, Fiona Shaw, Andrea Mitchell and Gayle King will appear in the virtual show along with country superstar Mickey Guyton who will perform twice throughout the night, and Grey’s Anatomy’s “Silent All These Years” episode will receive the Grand Award for the incredibly powerful episode which brought attention to sexual assault survivors. Tune-in on Thursday, Sept. 10 at 7 pm ET/PT at @AllWomenInMedia on Facebook and Instagram, as well as the Alliance for Women in Media’s YouTube page.

“There’s no doubt that this year has been indescribable – but one thing that has stayed consistent is the level of content that continues to be generated by and for women,” said Becky Brooks, Executive Director, Alliance for Women in Media Foundation.  “We understand that people are going through unprecedented times and it’s our commitment to bring the world in for the first time and see the magic of the Gracie Awards as we celebrate some of the brave and poignant, storytellers of our time.”

In the fifth consecutive year as Executive Producer, Vicangelo Bulluck will spotlight these prolific women in the industry who continue to inspire and support others, break down barriers, and lead by example in creating opportunities for future generations.

Please celebrate all Gracie Award winners with us by watching the video montage dedications on the AWM website. Acceptance speeches of all honorees highlighting their content are available in montages beginning today.