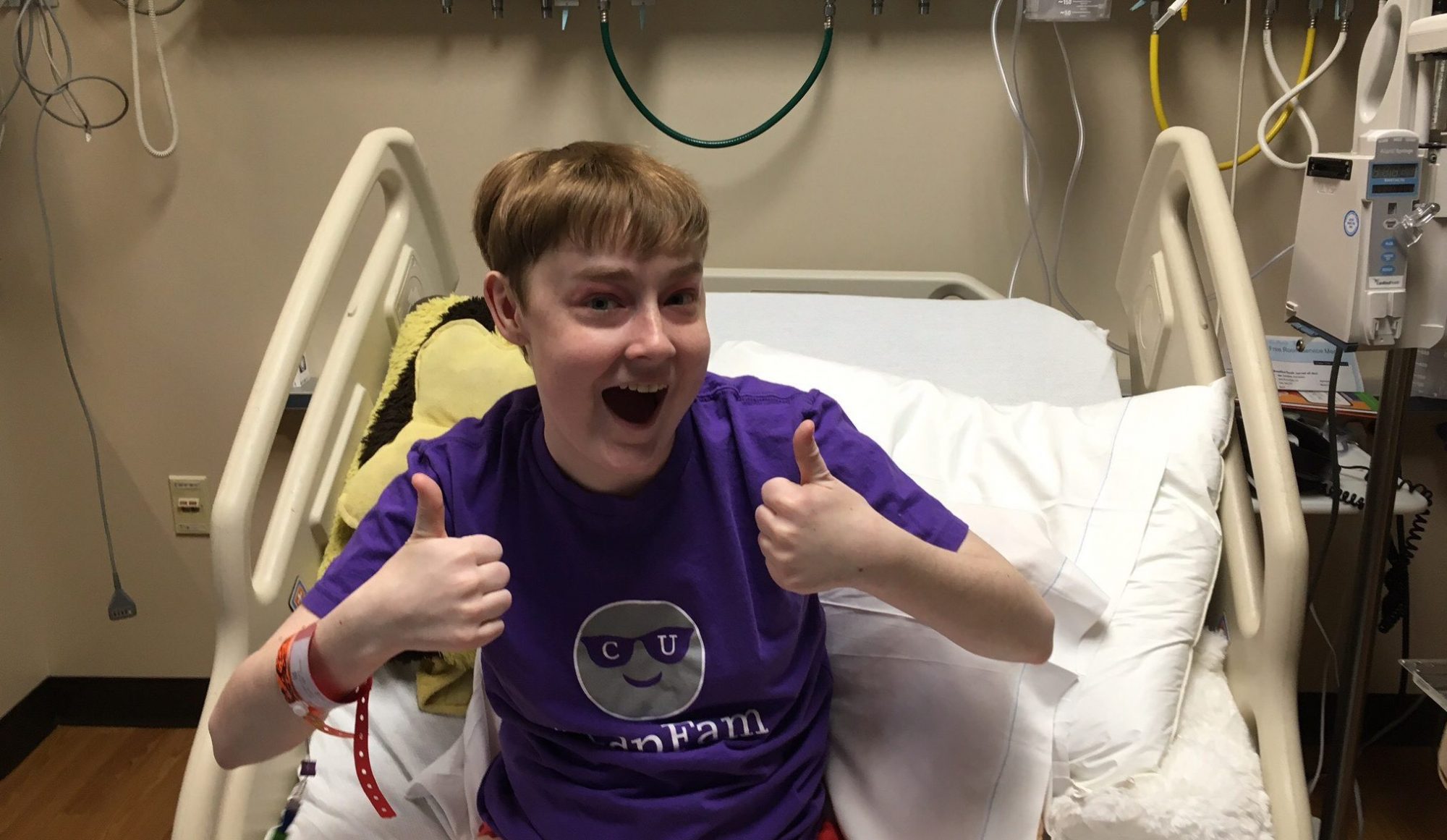 The following essay was written by Kathryn Poe, the 2017 winner of the Loreen Arbus Scholarship. The Loreen Arbus Foundation and AWMF Scholarship provides a deserving female communications/media undergraduate or graduate student with a scholarship to their educational institution for $2,500.

The world is one giant fish bowl— well, depending on who you are. We’re all trapped in our own little spaces, swimming around to the same people and faces until somebody dies. Unless someone breaks the glass, of course. Then the water goes spraying everywhere, someone gets yelled at, and we’re left flopping around on the floor. Occasionally the family cat gets to us before we can be saved. Or we get flushed.

My fish bowl always has always had a few cracks. Starting from a young age, I was causing issues in the classroom with my overly loud voice and attitude. Teachers put me in corners and special classrooms in futile attempts to teach me algebra. I was subjected to hours of special teaching sessions just so that I wouldn’t fail standardized tests and make the school look bad. Books were jumbles of words written in weird patterns that I understood but couldn’t explain. At one point, I clogged all the toilets in the girl’s bathroom because I was bored.

Yes— I was that kid.

As I got older, I calmed down and stopped making waves in unnecessary places, and by the time I reached high school most of my behavioral issues had settled themselves with the help of medication. My freshman year of high school I self-published my first novel just to prove to my third grade school counselor that I could write more than a page and a half without a grammatical error. I joined the soccer team and the speech and debate team. My goal was to graduate high school like a normal person and just figure it out from there.

That’s when my fishbowl got its first major crack. Starting on April fool’s day of 2014, I started passing out in inconvenient places. This symptom extended into more serious problems like a rash that covered my body from head to toe and uncontrollable swelling. Before long, I was losing the ability to walk and function in everyday situations. By the time my senior year of high school came along, I was spending weeks at a time in Akron Children’s Hospitalnd doctors were simply confused. It wouldn’t be until April 21st of 2016 that I was fully diagnosed with three separate, chronic autoimmune conditions. Simply put: I was diagnosed with self-cannibalism, juvenile arthritis, and an unfortunate reaction to gluten.

When I graduated high school that May and then went to college in the fall, I discovered that suddenly the Americans with Disabilities Act applied to me, but from the moment I started talking about it I began to notice the subtle uncomfortableness, not from myself, but from others. Just the idea that I was so comfortable with my unfortunate reality was automatically confusing to my peers. The normal reaction to my story is silence followed by something about me being an inspiration. Automatically, I cringe at this reaction.

That reaction is exactly the problem.

Disabilities inherently make people uncomfortable. It’s natural, of course, to feel out of place around people you don’t know or understand, but American society takes it to an extreme at times. Even in the face of conversations about diversity the largest minority among us is left out. People often think about diversity in terms of skin, age, sex and gender because those are considered familiar. Everyone has an age, gender, skin color, and sexual orientation. Not everyone is differently abled.

For able bodied and minded people, the world of the differently abled is completely unknown and uncomfortable. Disability, especially physical disability, often sounds alarms relating to death and disease— two things completely terrifying to the mind. From the way that we learn to the way that we open doors, disability is emphasized as something to fix because it makes the world uncomfortable. It’s not that people lack the capacity to fix these issues, but they simply don’t know where they are and rarely understand the importance of fixing them. The world assumes that the purpose of disability accommodation is to make the world of disability fit into the world of ability, but that’s not ever the case. Disability accommodation’s purpose is to integrate people into our society by making the world work for them on their own individual terms. In no other form of diversity is this more important, because the success of differently abled communities relies on societies ability to diversify spaces instead of ignoring the need.

The more that people speak and advocate for their own special abilities, the more the world will begin to understand the differently abled and evolve into a world where everyone can succeed by simply being them. The truth is that people like myself are “inspirational” only because the rest of the world lacks an understanding of how a person could ever function within their own barriers. Happiness has nothing to do with being able to do anything and everything to do with learning to love what you have. Everyone has barriers— mine are just a bit different. That’s okay. That doesn’t make me an inspiration. That makes me human.