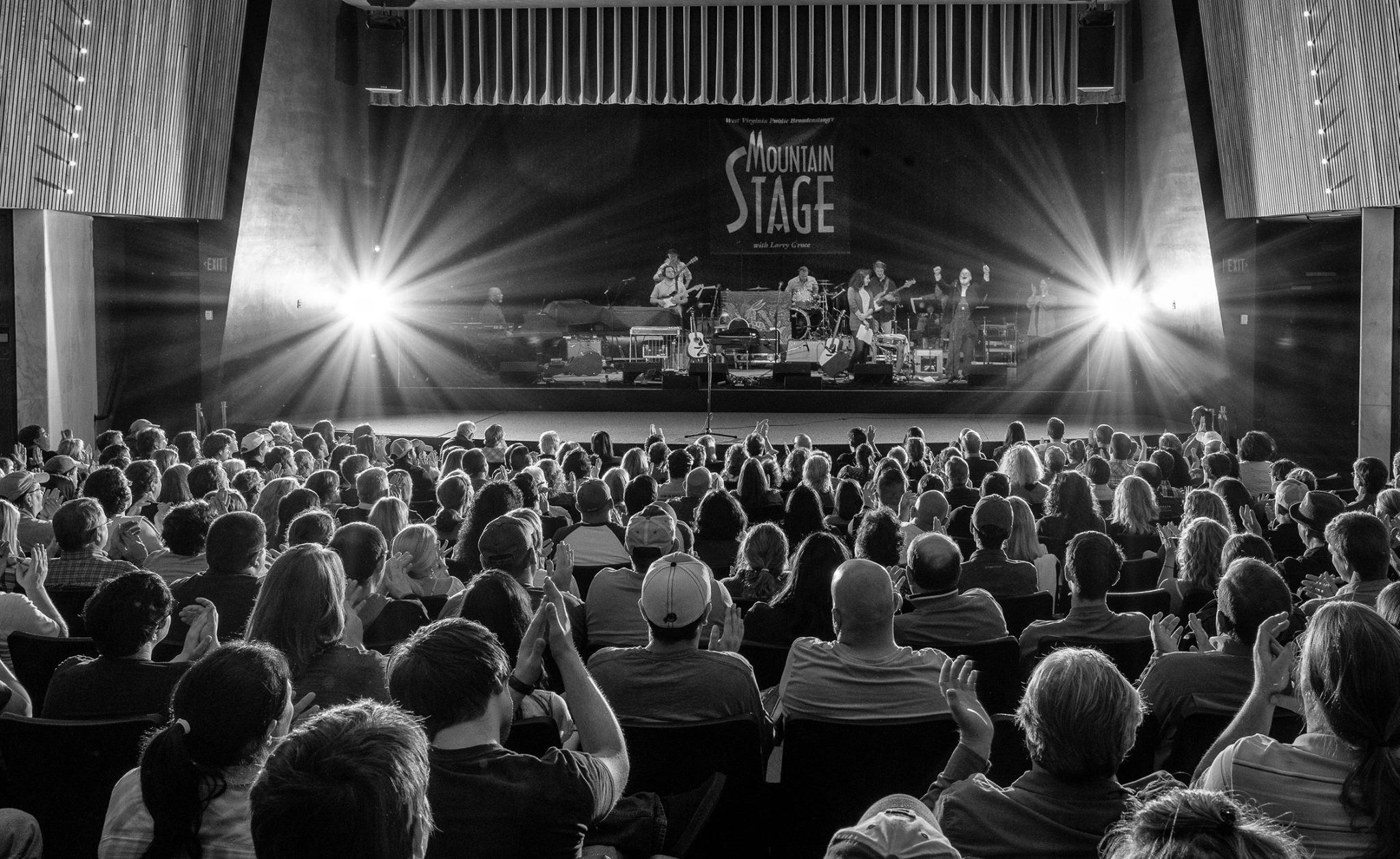 Is This A Real Job?

Walking to the stage. Walking between guest artist rooms. Walking to get paperwork signed. Show days are busy days for NPR’s Mountain Stage with Larry Groce, a program that turns a series of four or five live performances into a single two-hour radio broadcast for over 175 stations across the nation. As assistant producer, my job is to introduce and announce the program, and just generally make sure the show runs smoothly. In other words, I get my 10,000 steps in long before show day is done. And it was during a recent Mountain Stage walk-around (I would wager the 6,343 step mark) that I found myself getting tapped on the shoulder by a 30-something-old man attending the show taping. Let’s call him Bob.

The conversation started out on even note, although Bob’s tone seemed a bit odd to begin with. “How long have you been with NPR’s Mountain Stage,” he immediately asked, followed by, “Do you know [female journalist] who works at your public radio station?” Once those answers were given, he decided to cut to the chase. “You know,” Bob stated, “I could have done your job; I’m good at talking. But I chose a real degree and a real job, something important, something that would really impact lives.”

Yeah, I know: Bob is a real piece of work. In my three years of working with Mountain Stage, I had never encountered an individual whose words were as much sexist as they were narcissistic and just plainly rude. Come to think of it, the last time someone treated me in such a manner was when I was a 6-year-old having to deal with boys on the schoolyard, pulling on my pigtails in order to get my attention, to express some sort of twisted interest in me, to show their power over my actions. I assumed that this “pull the pigtail” sensation had been weeded out and replaced by manners by the time young folks’ hormones settled into place, more often than not in high school. But dear ol’ Bob proved me wrong.

Which begs the question: would Bob drum up the same amount of courage and demean my position if I were a man? Would he try asserting his hypothetical public media prowess if I had been a woman much older than his 30 years? Or was it just “too good an opportunity to miss,” a 24-year-old girl who needed to be reminded that I was too young, too female, too idealistic to pursue a profession with any worth and to amount to anything in the real world compared to this strapping young man.

Sorry, Bob, but I know my worth and the worth of broadcast media. And unlike you, Bob, I appreciate those who work outside my field of interest. I believe that each and every job has a purpose; whether it’s to instill knowledge, inspire personal growth, or encourage physical well-being, we all have real jobs. Moreover, I have enough common sense to not put down others whose paths differ from mine.

Which is why, even after Bob stoked an indignant flame within me, I kept a grin plastered on my face as I reminded him that the grass is greener on the other side, that each job has its pros and cons, and that he was welcome to use the dollars from his real job to support the public radio program that gave him a positive creative outlet. And with that, I walked away from his irrationality and back to my oh-so-real work.

Joni Deutsch is a public radio host and producer based in Charleston, West Virginia. In June 2015, she became assistant producer for NPR’s live performance radio program Mountain Stage with Larry Groce; one year later, she became the program’s youngest and first female guest host. Joni is currently working towards earning her Master’s degree in Strategic Communication from American University. She is a recipient of the Emerging Voices Scholarship through AWMF and the Ford Foundation.