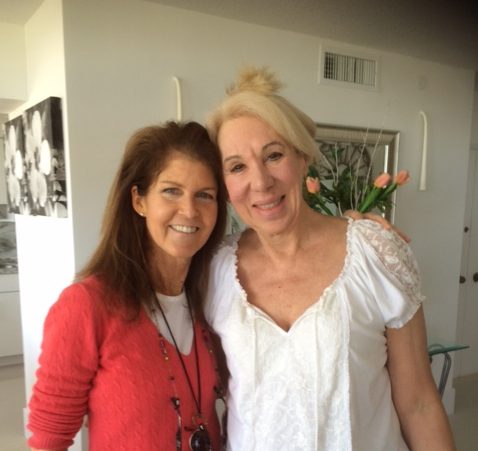 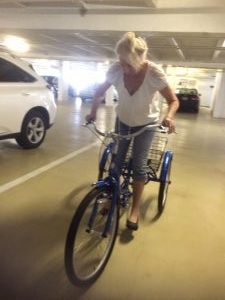 Joy Browne was like a one-of-a-kind, specialty Mattel Barbie doll, limited edition.  She had a Ph.D. from Northeastern.  She went on to Tufts University School of Medicine, though never finished because she was lured into broadcasting in 1978 by WITS-AM in Boston.  And during her nearly 40-year radio career she authored a shelf full of books, hosted two television shows, became a regular expert go-to guest appearing on such programs as The Oprah Winfrey Show and Larry King Live.  She landed a role in an off-Broadway play for three weeks.  And at the age of 70, she learned to ride an adult-sized tricycle – to get to and from the grocery store.

That she was one of the most intelligent broadcasters in our industry was no secret.  But what fueled her mind was something that boggled most of us – something unique to Joy Browne – her x-factor, the very thing that made her a lasting star in her field.   It had no name exactly… though today, we may want to call it, well, the “Joy” factor.  She spoke with heart.  Unlike the slightly caustic tone of other psychologist/talk show hosts when handling callers, Joy stepped into the role of everyone’s big sister and drove home intelligent direction, while always providing hope.  Always.  She cared deeply.

But also on air, she weaved in upbeat theatrics – no surprise, considering her lifestyle. For most of her career, when she’d leave the radio station after a three-hour program, she was off on her jam-packed “other life” of theater, film, restaurant-openings, and even dancing.  If ever you glanced at her wallet-sized daily calendar, you’d see how compressed her already-tiny-handwriting was so to squeeze in her hourly activities.  She was “Joy-on-the-run.”

Just like the American icon Barbie doll, Joy had an outfit for every occasion – another signature trait.  Only five months ago, she invited me to step into her train car-length bedroom closet.  It was busting with colors – only blindingly so.  I felt I had stepped inside a box of Crayola crayons – but the modern kind made with sparkles.

I was reminded of a story from a producer at WOR Radio back in the early 1990s the day before a group of advertisers were scheduled to drop by.  The general manager demanded that the producer convince Joy to “please-please-pleeeease tell her to tone down her outfit for the next day…  NO hot-pink-clingy-numbers.  We are a heritage radio station with an image to maintain.”  He obviously did not know that “stodgy” and  “gray” did not exist in Joy’s vocabulary or closet.   She returned the next day in a purple and black suit – with a frilly-flirty chemise peaking out from beneath.

I first got to meet Joy back in 1986 when, as a talk show producer, I was asked to fill in on her show at the last minute when her regular producer had the flu.  I swore I would NEVER become one of those producer-types who tried to snare advice about a personal problem.  But in typical fashion – and something I witnessed a million times over – Joy could and would laser-beam into a producer’s psyche as skillfully as she did with callers and lured OUT the trouble. Yes, on this particular day, I spilled.

The gist – my upcoming birthday was in five days – and a boyfriend of two years had just broken up with me.  Like many 25-year olds, I was drowning in drama wondering how would I survive.  The clincher?  Come the big day, there was no word from the boyfriend, but I did get a surprise phone call from my new friend Joy Browne.  She invited me out for a double-layer chocolate cake at the corner pastry shop.

Dr. Joy to the rescue.

Bernadette Duncan is author of YAPPY DAYS: Behind the Scenes with Newsers, Schmoozers, Boozers and Losers (AuthorHouse/TalkersBooks, 2016), a breezy memoir about her 26 years as a talk show producer, working with such high-profile talent as Larry King, Tom Snyder, Sally Jessy Raphael, Lou Dobbs, Charlie Osgood, and more.