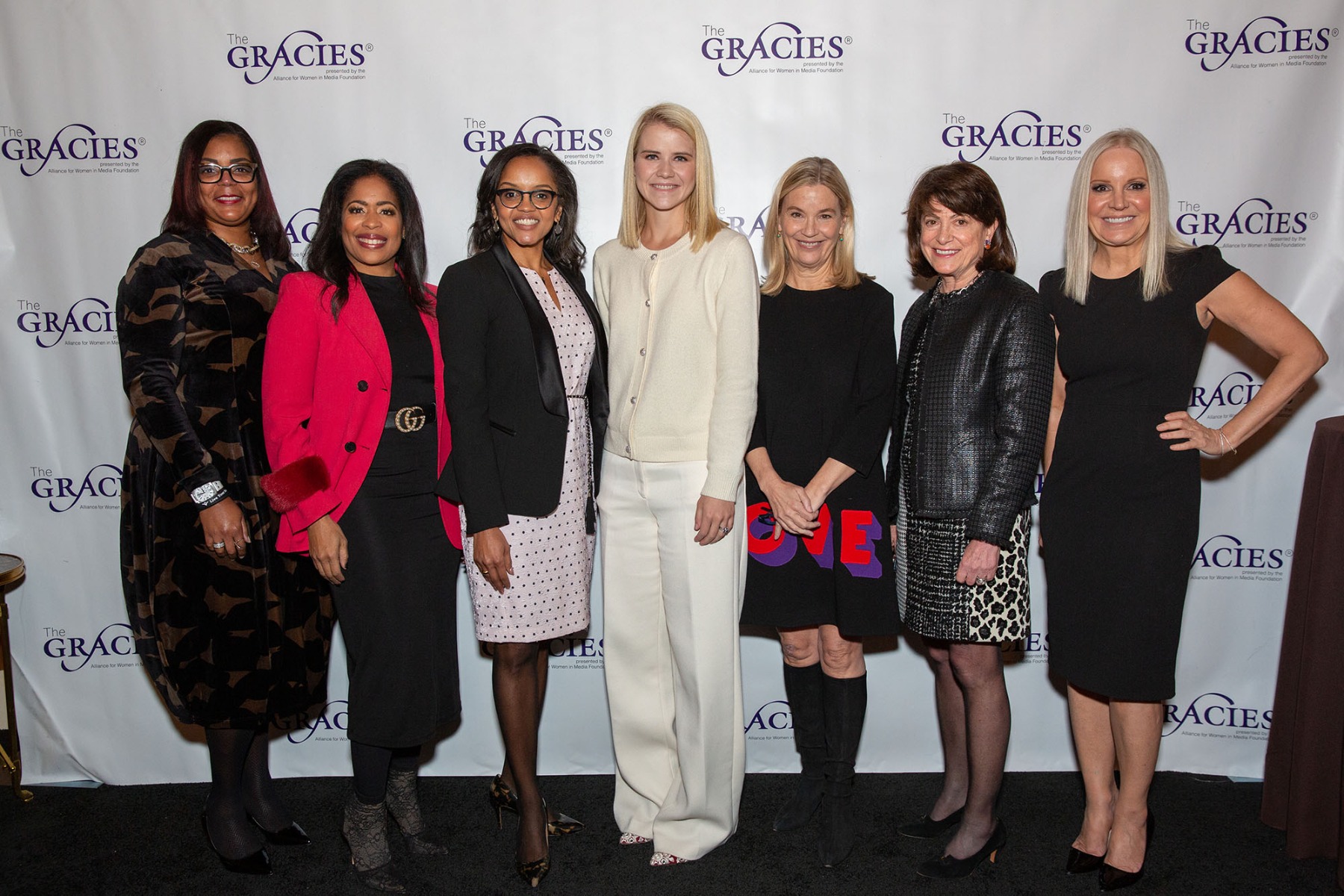 The Alliance for Women in Media (AWM) hosted the annual Gracies Leadership Awards luncheon on Thursday, November 21 to a capacity crowd at the Plaza Hotel in New York City.  Keynote speaker Elizabeth Smart eloquently gave an awe-inspiring address, sharing her captivating story of overcoming the trauma of her 9-month abduction, at the age of fourteen.  Smart shared with the audience, “I don’t think that you are made by what happens to you.  I think you are made by the choices you make after things happen to you.”  She ended the speech, saying, “As I move forward with my life, I am dedicated to preventing what happened to me from happening to anyone else and continuing to empower women, and girls of all ages, as much as I can.”

Six female leaders in media were honored at the event, along with the Inaugural AWM Legacy Leadership recipient, Chickie Bucco.  Highlights from their speeches include:

“This is a really important event because what it does is really our three pillars – it’s recognition, it’s education and it’s connection,” said Becky Brooks, executive director of AWM.  She continued, “What a gift we have that our education is Elizabeth Smart as a keynote speaker.”

Photos from the event can be found at graciesawards.photos.