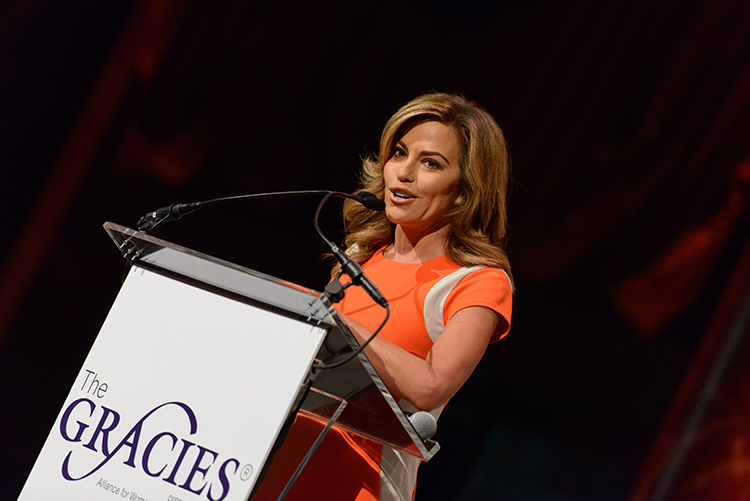 NEW YORK, June 21, 2016 – Today the Alliance for Women in Media Foundation handed out the 41st Annual Gracie Awards at a luncheon at Cipriani on 42nd in New York City. Host Robin Meade led the program alongside presenters Beverly Bond, Emme, Erica Hill and Ginger Zee. The Gracie Awards were presented to honorees which were previously announced on March 21, 2016 (view full list of honorees here) in recognition of their successes in the media industry.Lifetime Achievement Honoree Joan Hamburg was presented her award by close friend Alan Alda. Ginger Zee was not only a presenter but an acceptor for Good Morning America’s win for Outstanding Talk Show- News.
Highlights from the show include: