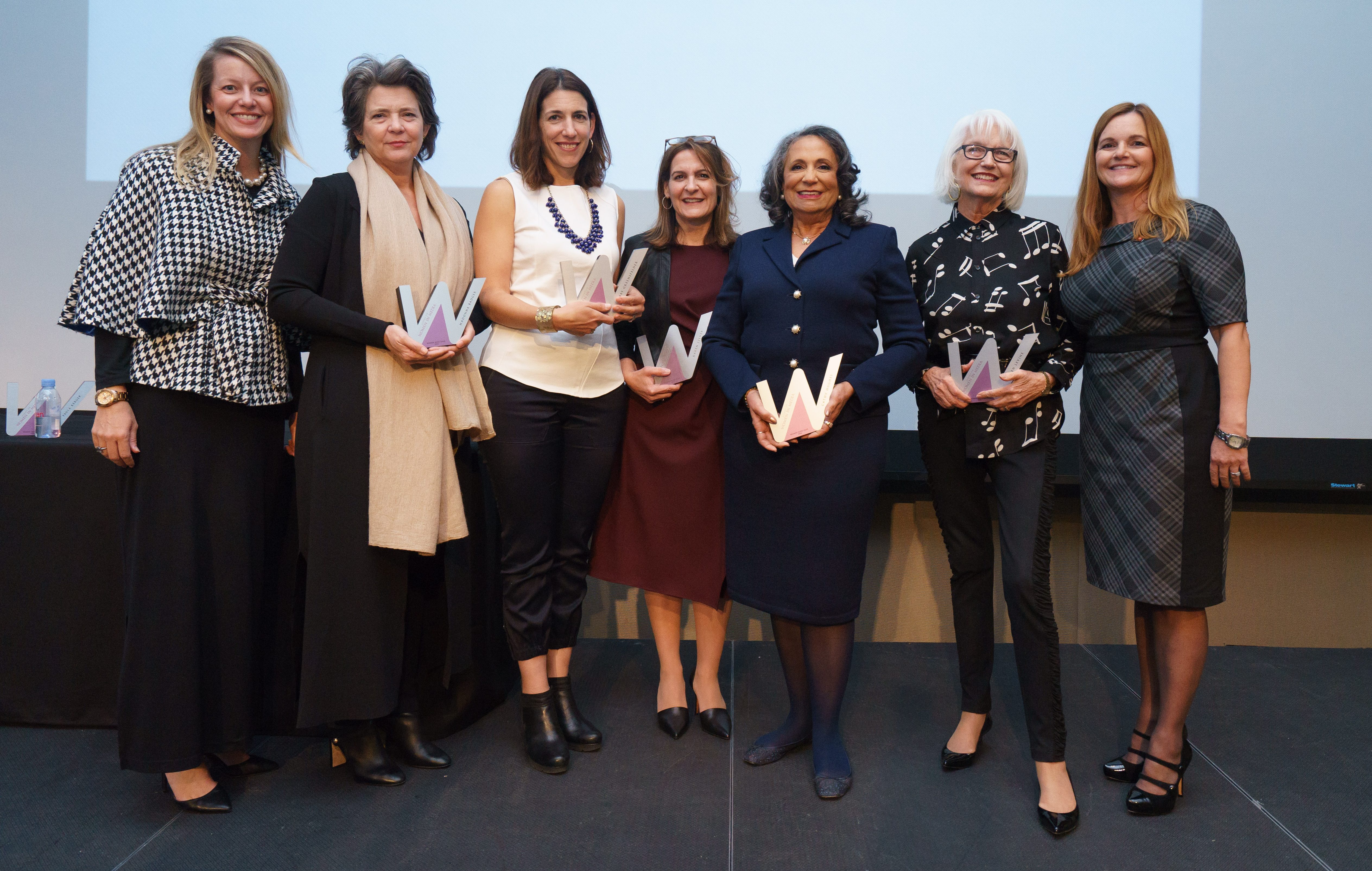 November 17, 2016 (New York City) – The Alliance for Women in Media (AWM) hosted the Women Who Lead event Tuesday to a crowd at 10 on the Park in New York City. Keynote speaker Madonna Badger shared her personal story and introduced the room to her mission of #WomenNotObjects.

“AWM was proud to host and celebrate this amazing group of women while also opening up discussion into the responsibility to reach back and bring other women up,” said Kristen Welch, AWM Chair. “In a room full of women and men who were moved to tears, laughter and standing ovations – these honorees are paving the way for the next generation while earning the recognition they deserve.”

“I had my path paved by another woman. I want to remind other women that we have an obligation,” said honoree Hughes.

“As long as women are not portrayed as equals we will not be viewed as equals,” said keynote speaker Badger.

Attendee Bill Hendrich, Executive Vice President, Radio of Cox Media Group, said, “I so wish that I had brought my 31-year-old daughter to this event.  She is an extremely talented young woman and business person who is unsure of her talents and afraid to push for advancement that she has earned.  All of the recipients and Madonna were so inspirational and my daughter could have learned things from them that I am not equipped to teach.”

Attendees were encouraged to join the Alliance for Women as Media as members or donate to the Foundation to further their involvement with Women Who Lead and AWM initiatives.

Photos from the event can be found at bit.ly/AWMWWL2016.