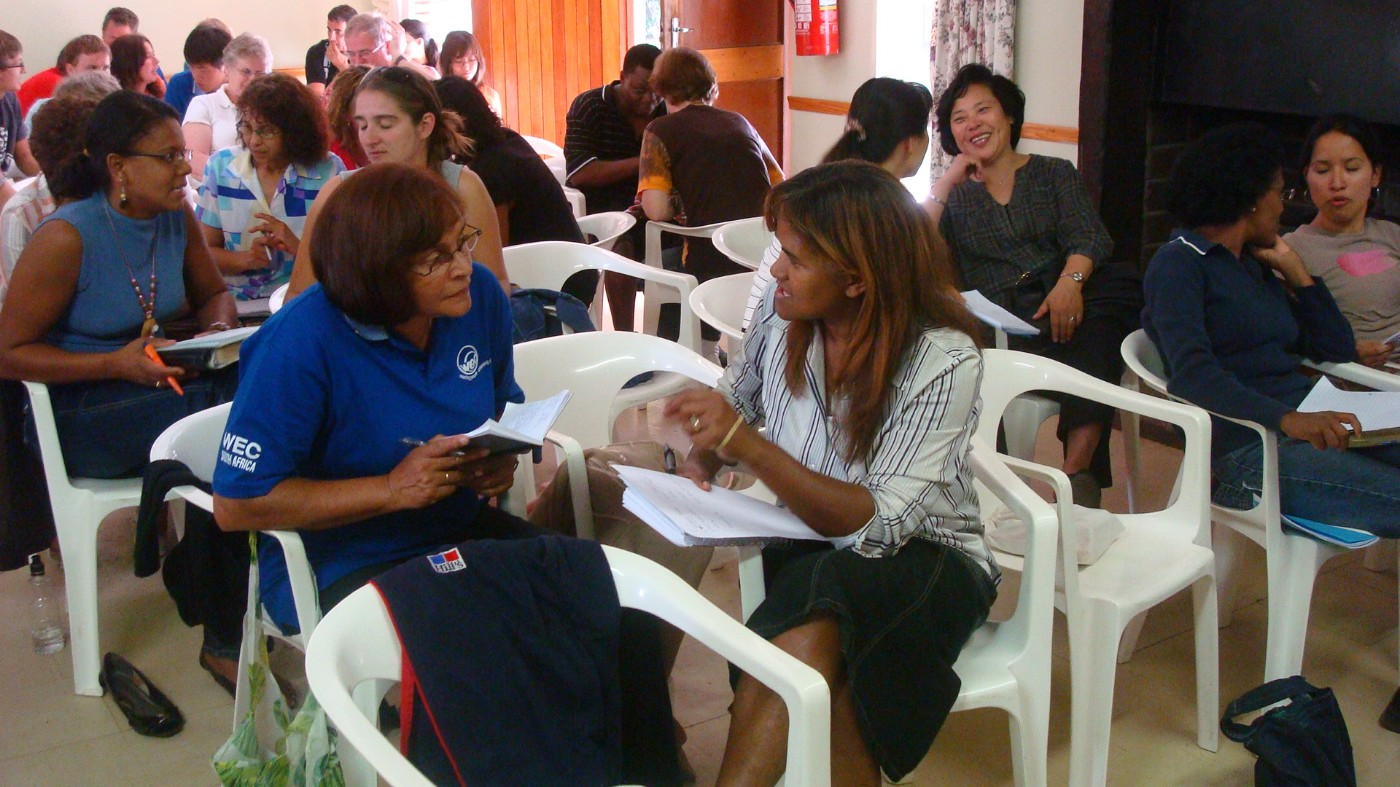 Perhaps no one is crueler than our own kind. In this instance, we women, Iris came to basic English class where “survival English” was the entry point for female refugees. The course was to prepare new arrivals to assimilate into local culture, for education and employment.

The women came out of diverse countries and backgrounds, from the North, fleeing here to South Africa as to the promised land. Iris was disfigured and disabled. A massive, untreated neoblastoma had invaded her jawbone and neck, making speech nearly impossible. It was benign in nature, but it was suffocating her. She must have had it for years, yet here she was, ready to learn a new language. She was used to stifled giggles, turned backs and unmitigated stares from other women she met in the reception offices of Refugee Social Services, where I was an English teacher. She confronted them as a rule. To my shame, on the first day of class, I fought my gaze lingering too long, fighting a curious disgust at her enormous chin.

No one wanted to be Iris’s partner during speaking exercises. No one waited for her to try to pronounce new words. No one applauded her efforts, as I sought to constantly remind the women that we were all learners here. Shunning her lack of schooling, halting speech and garbled words, they imagined themselves better than she. But still, Iris came everyday to class and pushed her way in to be heard. Inside that petite 26 year-old body and prodruding defect was a steely determination that would not let her be left behind. Iris’s Challenges meant she needed more time, more energy and more help to do what you and I consider ordinary. Sometimes we regard these difficulties as a lack of brainpower or understanding, when it may be the ability to express what is understood or thought instead. And what of Iris’s physicality? Didn’t her blight separate us from her because we dislike difference from the norm? Just by looks we told ourselves, I am not like that. It runs so deep in our nature, we need redeeming from the casual disregard of someone we think is not the same. Iris found it in everyone she met, before she even said a word. Over time, she overcame. Iris’s grit and pluck won us all, bringing us to our senses and doggedly forcing us to accept and admire her efforts. Gradually shy students tried harder, a bullying matriarch backed down, and we learned to laugh at our own mistakes in class. Grudging admiration grew in all of us due to Iris’s resolute courage and inability to give up trying.

One day she said she couldn’t finish the course. Iris would not return after today. I was stunned and needed to know why. An operation she said, at the best research hospital in the city. They were going to take the tumor out! Somehow through the public health system, her case was unique enough to be done for free. She told me the date and asked in I’d visit her in the hospital. I vowed I would. Weeks went by and I was unable to fulfill my promise, never visiting because of changed surgery dates and Iris’s lack of a phone. I called the hospital, but they couldn’t give out patient information. Over many months I wondered what had happened. Did she survive? Was it a success? Where was she? How did she look now?

I saw Iris again in the new year, but I couldn’t place her. It took a long quiet stare and several minutes to know her when one day she walked into class and said, “Do you know my name?” Her eyes and smile were the same, but her face was restored. Now a delicate round face matched her lithe and tiny frame. I looked at her and then at the women surrounding Iris. Tears welled in all eyes and a smile rose on each face. Iris! I shouted and she laughed. Unable to stand still, I pulled her toward me in a hug. The women standing around clapped and ululated.

She was working now, able to support herself and her family through housework. Her speech was much less hindered and the effort to talk was gone. Iris had not failed herself and, consequently, she made us all believe in having more, accepting others more and being more, despite our limitations. Iris was miracle in flesh and we saw it. Perhaps most of all, without knowing it, her struggle to some degree reworked the marrow of our brutal human hearts.

This essay is from Jennifer deCerff, the scholarship winner for the 2016 Loreen Arbus Scholarship.