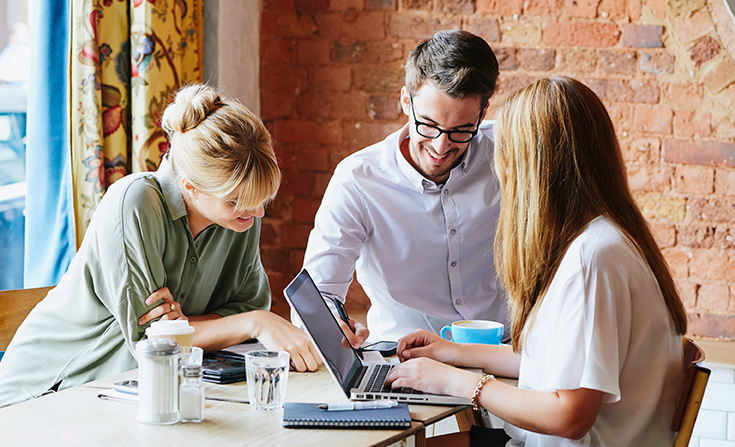 Media: The Castle With No Walls

I was raised on a diet of fairy tales and a healthy dose of curiosity. In the stories I read while perched on the armchair of my living room sofa, there was always a happy ending with a period at the end of a sentence. But I soon found happy endings were not enough for me. One person’s happiness could be another person’s misery. Fairy tales, I realized, were one sided. No one ever sat down with Ursula, Cruella De Vil, or The Wicked Witch of the West to ask for their versions of the tale. They were marked as villains from the start. Period. No questions asked.

My childhood passion for fairy tales would become an adult desire for truth. Every person has a story to tell, and they deserve a chance to tell it. Media provides the chance for voices to be heard, regardless of their backgrounds or beliefs. For the longest time I wanted to be a part of a fairy tale, but I don’t want to live in a world where the only people who have the chance to speak are the few who are lucky enough to have discovered a glass slipper. I know society is far from perfect. Media, to me, is the thread that brings the sides of a discorded world together. If we have all of the pieces in front of us, we can suspend our judgment long enough to make an informed decision. This is why I want to be a reporter: so I can carry the stories of two people in both of my hands and feel how they weigh the same.

I worked as a features correspondent for my college publication this year and interviewed an array of people who all had a story tucked inside to share. I was struck by the thought that had I not taken this job, we may have never had the chance to meet. I watched a tattoo artist fill in a flower on a client’s arm with bright blue ink and a biology professor tend to her ferns with just as much care. A year ago I’m not sure I would have been able to identify anything these two people shared, but when I asked them what they enjoyed most about their work, their answers were from the same thread. I love being able to step inside of someone’s world just for a little bit. Each time I am amazed at what they have created.

I am older now than the first time I picked up a dog-eared paperback, but my curiosity has not waned. There are mysteries we can only imagine and people who have been waiting to unravel them. The only way to turn mystery into understanding is to take their hands and say, “I want to hear your story.”

Jamie Brian is a sophomore global communication major at Kent State University who enjoys exploring the world around her and trying to put it into words.